I still remember so vividly how I felt when I found out that I was going to be studying, living and undertaking internships in South Korea for 18 months. Having won a competitive and prestigious New Colombo Plan Scholarship, I knew that every part of my life was about to change dramatically. As I had lived in Australia for my whole life and rarely travelled outside of Queensland, I was experiencing a combination of sheer excitement, fear and doubt. After overcoming what seemed to be the impossible tasks of selling my possessions, moving out of my home of the last ten years, rehoming my pets, quitting my jobs and saying goodbyes to family and friends, I was on my flight out of Australia.

I left Australia on the 23rd of February which was a standard summer day in Australia which meant that it was about 40 degrees Celsius in the shade. After my 10-hour direct flight from Brisbane and experiencing a rollercoaster of emotions, I arrived in Seoul on a harsh winters night where it was -10 degrees Celsius and snowing. Luckily for me, Konkuk University (my home and host university for the next 12 months) had provided some clear instructions on how to travel from Incheon International Airport to the university campus in Gwangjin-gu. I arrived on campus at 9:30pm and Guillaume, my French roommate, at the dormitories and began settling in. Over the course of the following week during orientation I met the other 140 exchange students from all corners of the world, as well as a considerable number of Korean students who were all eager to meet the foreigners and assist us with our transition into university life in Korea.

The weeks that followed involved adapting to a new education system and culture, learning the local language, enjoying delicious Korean food at restaurants, sightseeing, bike riding along the Han River and around the city, attending start-up meetups and formal events organised by the Australian Embassy and Australian Chamber of Commerce, and of course, enjoying exchange student parties, music festivals, concerts and Korea’s energetic nightlife. There have obviously been several highlights during my time here so far. First would be hiking up Bukhansan Mountain, which is a famous mountain in Seoul covered in flaura, fauna, temples and historical sites. We made the poor decision of tackling Bukhansan during winter which meant that the mountain peak was covered in ice making it a little dangerous to climb and we could not see anything from the summit (836m in elevation) as we were in the clouds. Second would be snowboarding at the PyeongChang ski fields where the 2018 Olympic Winter Games were held. It was my first time snowboarding and it was one of the best experiences of my life. Third would be spending the weekend in Busan with friends and being on the beach from sunrise to sunset, as well as visiting some of the local tourist sites and restaurants.

Admittedly, my exchange so far has not all been sunshine and rainbows. I thought that was mentally prepared for the immense change that I was experiencing, however, that was not the case. Having lived in the same area for most of my life, I had become incredibly comfortable and moving overseas meant that every aspect of my life had become uncomfortable. First, being separated from family and friends is a bitter-sweet experience. On one hand, you have all the freedom in the world, and on the other, your support networks that have been around you your whole life are a world away. Second, culture shock is something that I did not take seriously enough. Simple things which were not a problem in my life became a problem, such as, finding where to buy groceries, how to access medical and transport services and understanding local beliefs, norms and laws. Lastly, communicating daily with non-native English speakers is physical and mentally exhausting. Don’t get me wrong, I have endless respect for those who are learning English as a second, third, or fourth language (for my polyglot friends). I had just never fully understood how much I had taken being able to communicate with others with ease for granted. While these challenges may seem daunting or off-putting, they are not unique to me and my friends on exchange have expressed that they have had similar experiences in their respective host countries.

It was not my intent to deter those who are reading this from studying overseas, in fact my intentions are quite the opposite. I live by the words that our life begins at the end of our comfort zone and living overseas has truly exposed me to a life filled with challenges and rewards. Living in South Korea for the last six months has been the best time of my life and while I have encountered several challenges, I am truly grateful to have had this experience as I have learnt a lot about myself, which to me, is invaluable. I strongly encourage all of those who have ever thought about doing an exchange semester overseas to do it. Not only is it a great way to travel, immerse yourself in a different culture, learn a new language and meet new people, but i will completely change your life and you will never regret it. 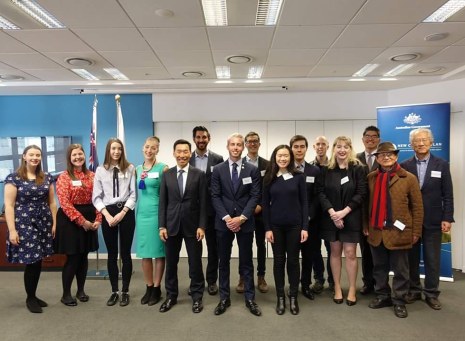 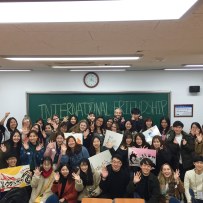 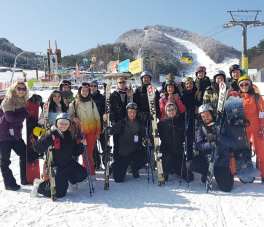 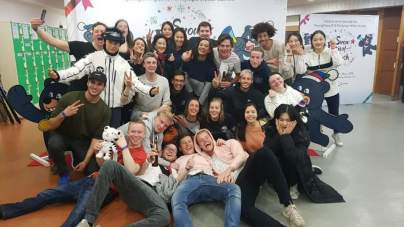 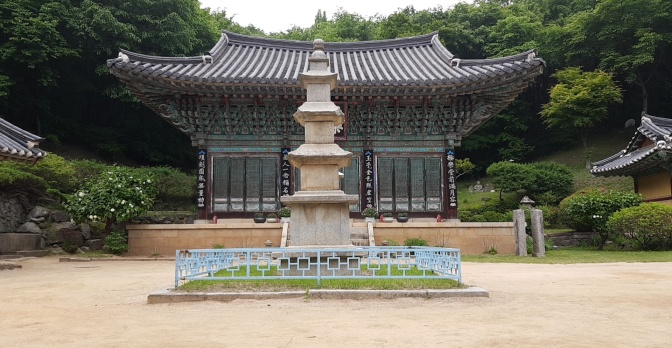