I did an exchange semester at the University of the Sunshine Coast from July to November 2017. From my four-month study abroad experience in Australia, I have learned so much about myself, made new friends and experienced new adventures!

During my time at USC, I lived with an Australian guy and a German girl. I also became friends with other Germans, Australians, Swedes, and Austrians. We realised how similar we were and often discussed the similarities and differences of our home countries and cultures. My favourite part about being in Australia and attending USC was being able to travel to so many places throughout the semester! I wanted to see as much as possible, so I took short 2-3 day trips, instead of doing one long trip. With my new friends, we were able to travel along the east coast of Australia, all the way from Airlie Beach and down to Sydney. Who knew airline tickets were so cheap?! We took recommendations from others on places to visit and with the help of STA Travel on campus at USC, we were able to make it happen!

During my time studying at USC, I learned what it’s like to attend an Australian university. USC is very much different to Niagara University (NY, USA), in a sense that there are lectures and tutorials for each class – and Australia doesn’t have tests besides a final exam! The teaching style at USC is very individualistic; the expectation to do well is a lot higher as you are the one who is determining your future. I spent approximately 455 hours in the library at uni in contrast to Niagara University, where I would spend 20 hours at most in the library.

Winters in Australia are nothing compared to New York; it doesn’t snow! I was able to do a lot of fun activities outside and enjoy the sun and warm weather. Some of my favourite experiences I did were exploring six national parks, visited 12 different beaches, climbed two mountains, visited two botanical gardens and participated in two colour dance parties!

While in Australia, I did some of the “must-do” Australia activities like climb the Sydney Harbour Bridge and visited the most easterly point of the Australia mainland in Byron Bay. I also got to hug a koala, took a selfie with a kangaroo and learned how to surf. Other fun things that I did included ATV quad biking, feeding dolphins, tobogganing at Moreton Island, flew in a seaplane at Fraser Island, snorkelled twice at Moreton Island and Whitsundays and took a catamaran day cruise to the Whitsunday Islands!

Life in Australia was so much different than living in New York. My life is forever changed and studying abroad in Australia has now given me the motivation to travel and see more of the world! To anyone who is thinking about it, do it because you won’t regret it! 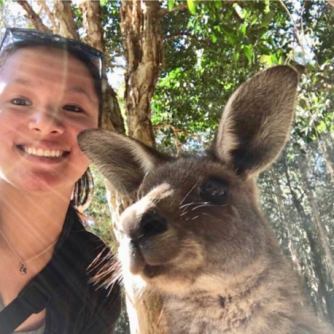 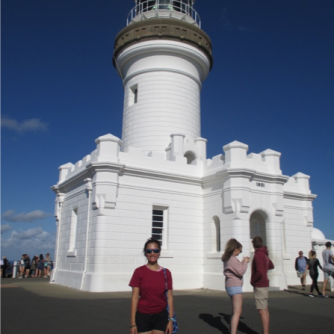 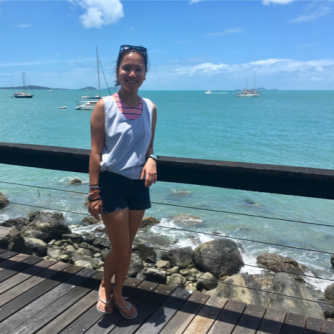 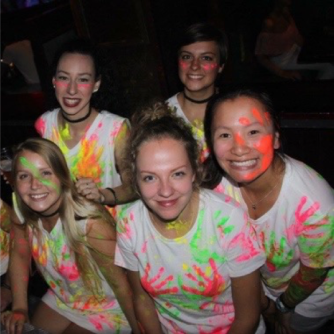