Hi, my name is Joe and I am an international student from the Philippines studying a Bachelor of Nursing Science (Graduate Entry) program here at USC Sunshine Coast. I lived in Sydney for one year before coming to the Sunshine Coast in order to pursue my studies.

Here is an interpretation of Joseph’s story here at USC Sunshine Coast:

The tale of 4 queens and a king

Once there was a man who lost track of his dreams. His aspirations were shattered and he found himself wandering offhand. One night, while staring blankly at the sky, he saw an orange falling talking star named Jet. It landed on his palm and asked him to whisper a wish. He uttered to bring him to a place where his “heart desires” then just like that, an hour and a half after, he found himself in a serene kingdom greeted by Queen Beam, the monarch of the sun. She felt that the kingdom from where the man was from has had close affiliation with the tropical sun. He immediately felt the warmth of her welcome, almost feeling like he was back home. The queen gave him a magical faster-than-the speeding-light blue card named Go to take him to places in his quest to find the realisation of his whispered wish. Soon enough, he found himself standing in front of another palace where he was escorted to see Queen Ridge. The queen was kind enough to show him the beauty of her kingdom – Mt. Beerwah, Mt. Coolum, and Mt. Ngungun.  At that point, he could not imagine how that experience would get any better. 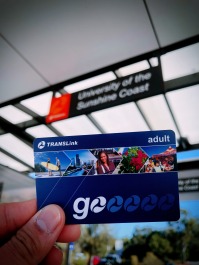 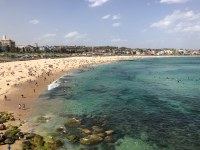 The morning after, he was awakened by the swashing sound of the wave and the cool breeze. On the small sunbed, he was served his brekky, and not long after, he was presented to Queen Beach, the moodiest of the queen sisters but regarded as the most beautiful one. He was warned by the palace guards that she could sometimes be calm and warm, other times turbulent and cold. Meeting the queen, she invited him to walk barefoot to feel the sand where the kingdom rose. Her majesty revealed the beauty of her dominion from the nearby Noosa, Mooloolaba, Mudjimba, and Marcoola to the farther Surfer’s Paradise, Fitzroy Island, and Whitsunday Islands discovering the largest coral reef system in the world. He thought he was having the time of his life, until he met the youngest ruler, Queen Mirth. She was up for all things fun like skydiving, surfing, exploring, or simply basking under the sun. With all these he was told that his true purpose would be revealed once he meets the king.

Days passed and Go brought him finally to the kingdom where he saw wild kangaroos lying on the grassland, in the middle of lofty structures. There he met King Lore, whose throne is the seat of knowledge and wisdom. The king granted him the gift to pursue his dreams by enriching his mind and develop his skills. The opportunity given came with a supporting entourage while allowing him to explore the kingdoms of the four queens, collectively known as Queensland. At that moment, he realised that the missing puzzle pieces were coming back to make him the person he wanted to be and finally he said, “I’m back on track.” 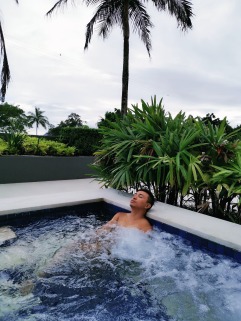 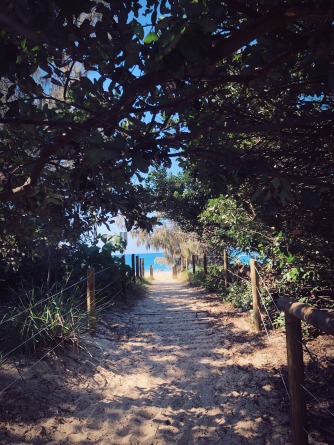